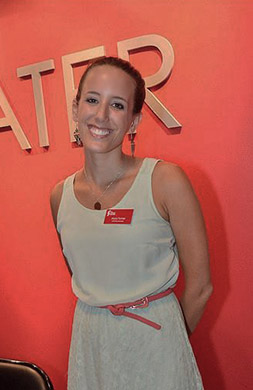 When Synetic Theater founders Paata and Irina Tsikurishvili emigrated from Georgia to the Washington area in the 1990s they brought with them a theatrical style called "physical theater" blending pantomime, dance and acrobatics. Their first performance was a pantomime show of The Magical Balloon, performed at various locations around the area.

The theater made its artistic debut in 2002, initially in Shirlington then Rosslyn and finally moving to Crystal City in 2010. In order to support and grow the Synetic Theater, Paata and Irina had to get used to the concept of fundraising to support the arts, something they never had to do in Georgia.

Turner explained the theater's calendar, "there are four or five productions a year, with comedies running in the spring, dark stories in the fall." Patrons come from all over the Washington area, and many shows attract patrons from Philadelphia and New York. The rest of the 2014-15 season includes Much Ado About Nothing, A Tale of Two Cities and A Midsummer Night's Dream, ending in August. 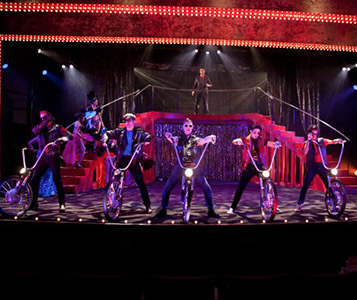 The production staff of Synetic Theater also trains teens interested in studying dance or theater in college. Each year the Teen Preparatory Program produces a full version of one of the adult productions. Teens can also participate in the theater's Summer Camp or Spring Classes. Adults are able to choose from classes including Dance, Technique and Fitness, which provide a high level of physical activity.

Turner often bikes to work from her home on Capitol Hill. During cold or inclement weather she appreciates being able to step off the Metro and walk through the Crystal City Underground directly to the theater. Synetic Theater displays very detailed transportation information on its website, Turner says, "The worst thing is to go to a show and not be able to find the theater."